No matter your beliefs or politics, this time of the year begins the season of gathering and sharing, of warmth and light. It’s as old as history, lighting candles and fires, bringing green boughs inside, and awaiting that shortest day and longest of nights. And to be thankful when that night passes and the slow march to spring begins again.

Each year, we think about the places we have been so lucky to visit, sometimes at a holiday. Eating goulash in Prague at Thanksgiving; lamb kefta and vegetable tagines in Marrakech at Christmas: trying and failing to eat a dozen grapes along with the bell strikes of midnight among thousands of Madrilenos in Plaza Mayor on New Year’s Eve.

Every trip we take teaches us something new. We travel and learn about other cultures, other beliefs. We see other ways of being and doing. And each time, we realize these experiences allow us to understand the world around us just a tiny bit better, which is never a bad thing.

As always, we are thankful for warmth and light and friends and family around us for another year.

It hasn’t quite been three weeks since we returned from our trip, and yet it seems like months. Even though we haven’t posted much about it yet, we’ve certainly been thinking about India and Nepal every day since we got back. I still have the yellow and red string a sadhu at Pashupatinath tied around my wrist, right before he showered me with bright orange marigold petals and blessed my family. I have not removed it because I want to remember…remember I really was there, standing half way around the world in a place that was at once overwhelming and peaceful, foreign and familiar, scary and sublime.

Because the thing is, the further in time you get from any trip, the more distant the memories become, and the more surreal it seems that we were even there at all. Finally getting all of the photos uploaded to the computer, we sort through them with a sense of wonder at how much we really did and saw there. Moments captured in images remind us of just how amazing this trip was. 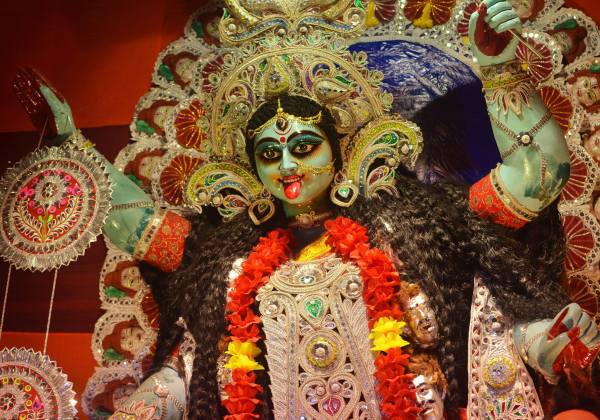 And amazing it was. From the spice market in Old Delhi, where we climbed narrow, steep stairways up an ancient building where sack after burlap sack of chili peppers were stored, and watched while a man rolled out fresh pappadums and laid them on mats to dry in the sun; to the spectacular, vast forts and palaces of Jaipur, silver urns larger than any other in the world, mirrored rooms to rival Versailles; to the gritty streets of Kolkata, where on Kali Puja truckloads of people drove by us on street corners, cheering and singing, carrying their neighborhood statue of the goddess to the river, and to the Mullik flower market, where thin men carried impossibly large baskets of garlanded flowers on their head, and everything was technicolor; to the funky streets of Kathmandu, filled with hippies and stoners and backpackers, where we sat on pillows at low tables, shoeless and happy to be just there, together; and finally to a mountain flight over the Himalayan foothills, crawling up to the cockpit in a 16-seater plane full of Buddhist monks to snap our own, prized shots of Mount Everest, more spectacular than you even expected. 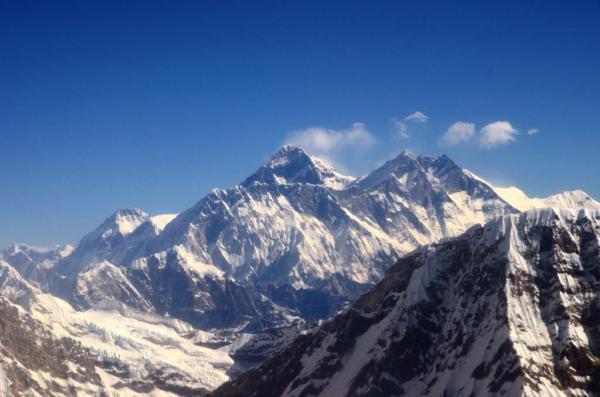 Since we’ve been back, several friends have asked us “Was it everything you expected?”

Truly, I don’t recall what we “expected”…I’m not sure we had any expectations, other than to see and eat and do all the things we had read about. Despite all the research, reading, and watching of videos, you cannot prepare yourself for India, and there’s no way to expect what you experience when you arrive. 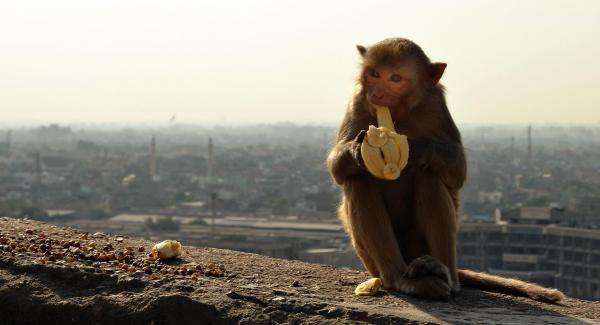 Are any two people’s experiences in India the same? I can’t imagine they are. The country is so diverse, and the cities so vast, and there are so, so many things to see in a few short days. When you’re there, India feels like a gamble, like a roll of the dice as to what you’ll be able to manage on any given day. Where will this cab take us? Did he understand? What is this street? Should we just get out and walk?

After India, Kathmandu felt downright laid back. But that’s just a matter of perspective, I suspect. 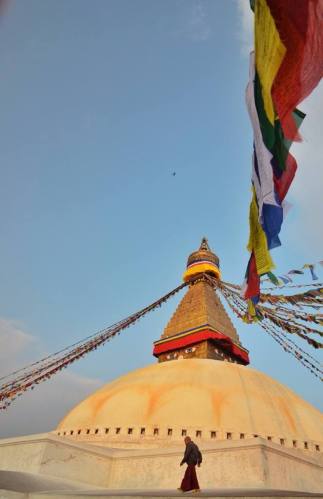 Today is Thanksgiving in the US, and no matter what your feelings on the origins of this holiday, it has, for better or worse, evolved into a day when generally people get together with friends or family, have a nice meal, and ostensibly think about what they are thankful for. Celebrating with food and loved ones is not unique to this particular holiday or to the US, of course. People in every country, no matter how rich or poor, celebrate moments in life.

After one long day of sightseeing in Kathmandu, where we had a car take us to several temples on the outskirts of the city, we were returning to Thamel after dark. Driving through a neighborhood we passed some people gathered in a circle, singing, clapping, dancing. I don’t know what they were celebrating, but it looked lovely, and they looked happy.

So, what are we thankful for?

After our trip, we are thankful for clean drinking water, the absence of honking, and personal space.

But most of all, we are truly thankful for the ability to travel, and glimpse, however fleetingly, other lives, other places, other ways of doing things. For the chance to see the world in a new way each time we get on a plane, and for the home and friends and family we return to.

One thought on “On Being Thankful” 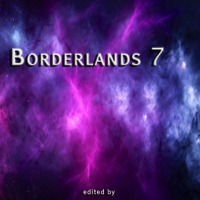 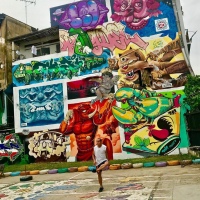 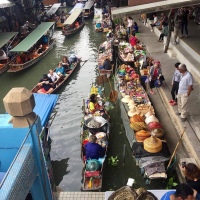 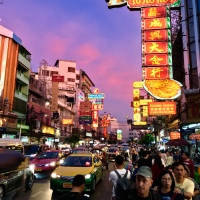 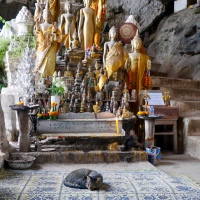 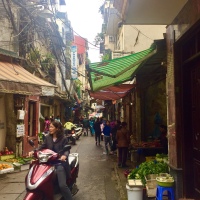