October 9, 2017. The Salkantay Pass may have been behind us, but our most challenging day was still to come. Although the itinerary listed today’s hike as “moderate to challenging (because of distance, not terrain)”, this fifth day of the trek turned out to be the hardest for me, and not because of distance.

We would be hiking through the Santa Teresa River valley, and descending another 2400 ft. It was an absolutely beautiful hike, for sure, as we entered more tropical climates. More flowers, more lush greenery, and spectacular views. We were getting closer to the edge of the Amazon jungle. 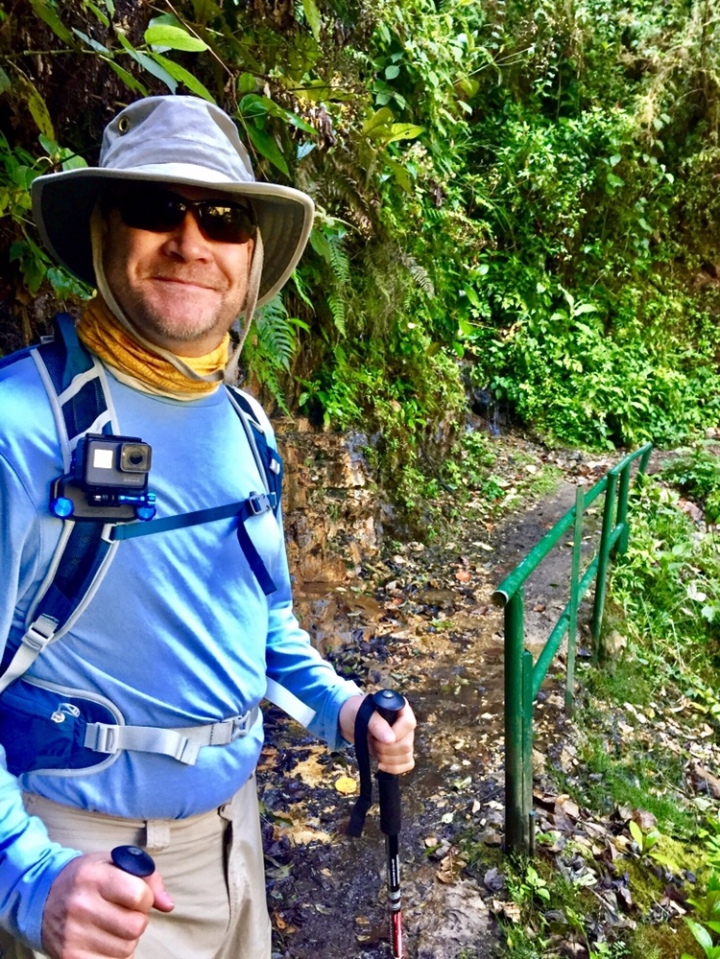 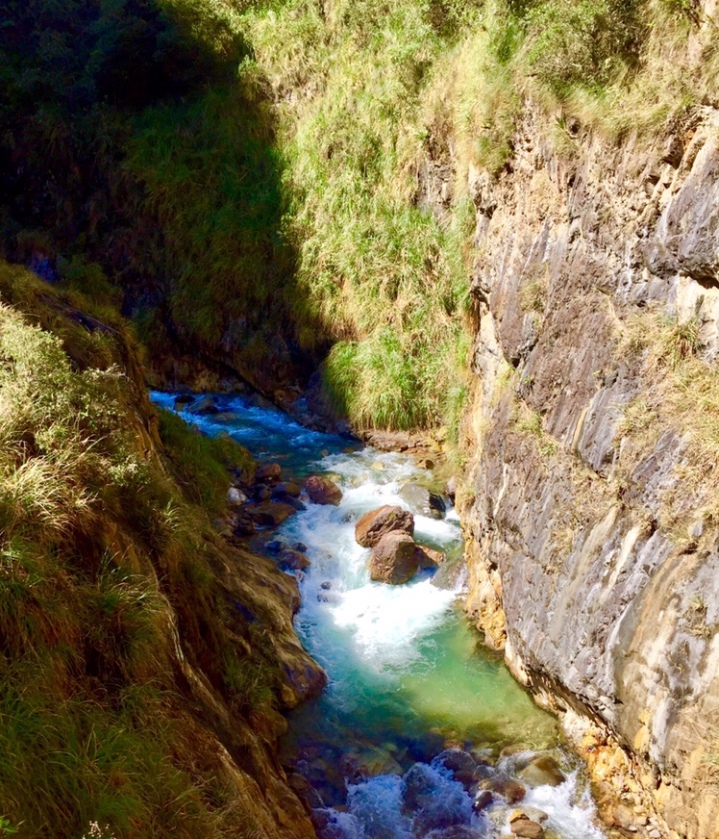 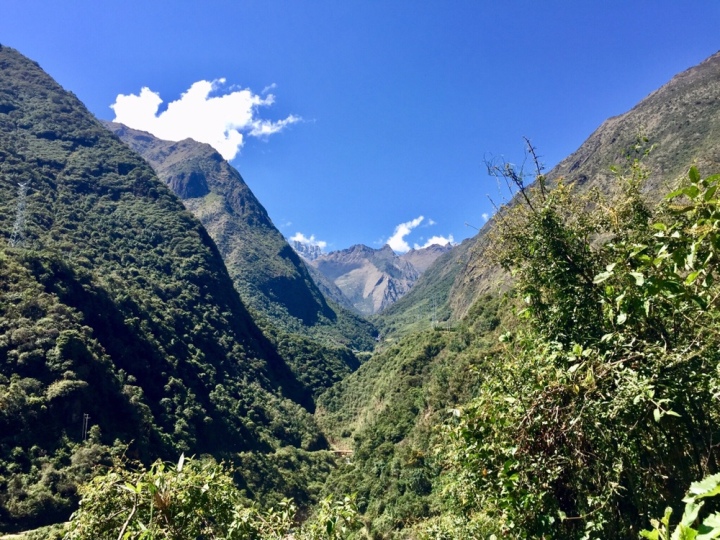 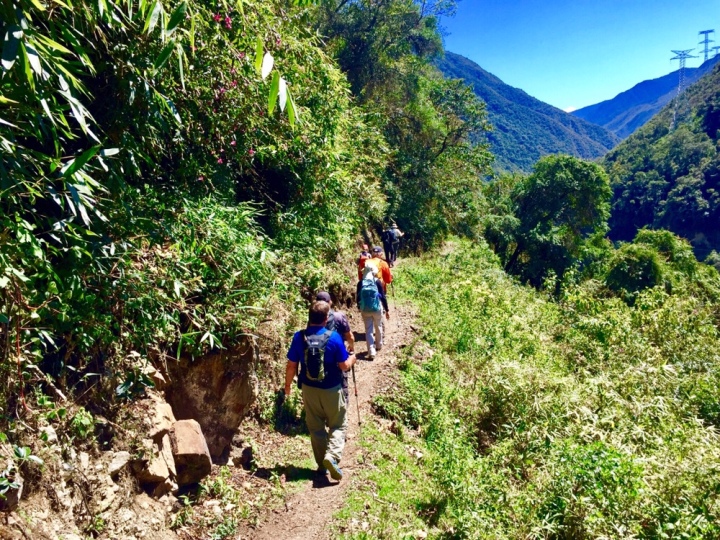 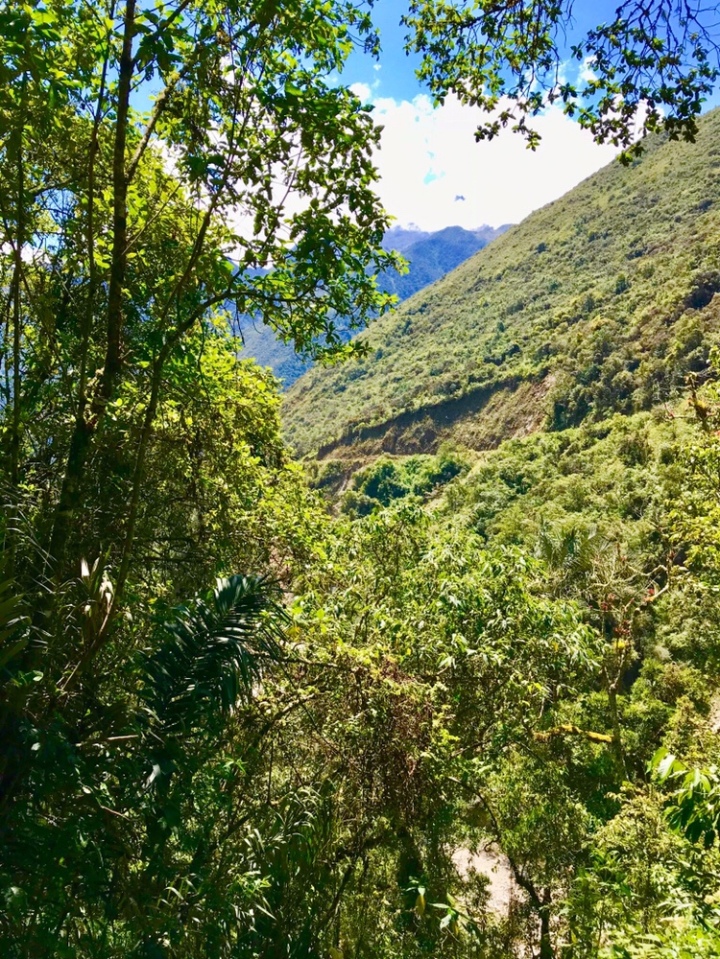 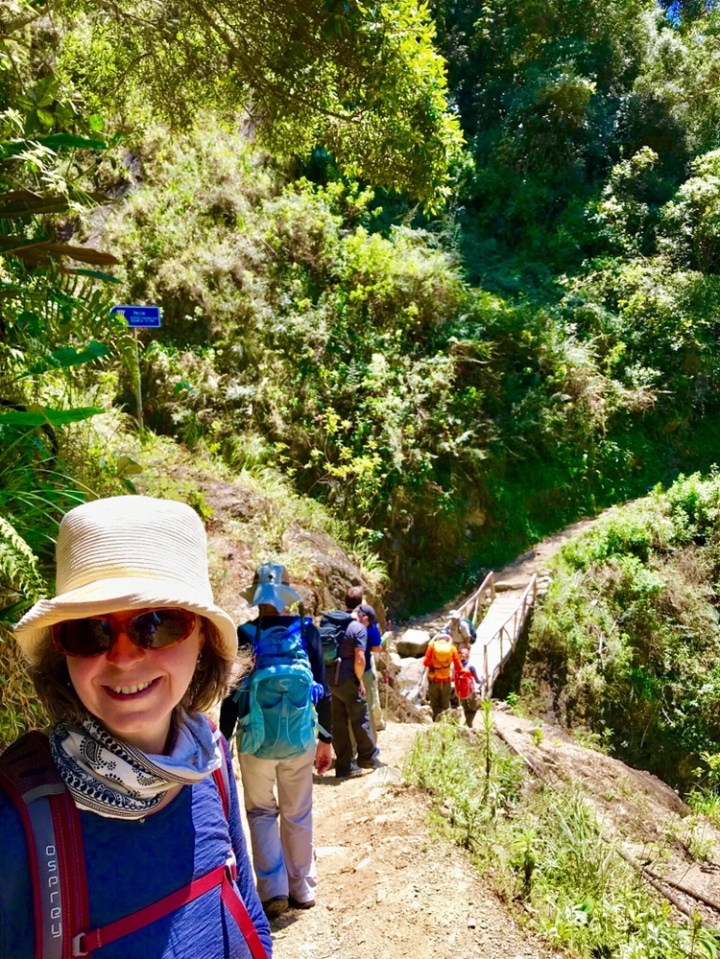 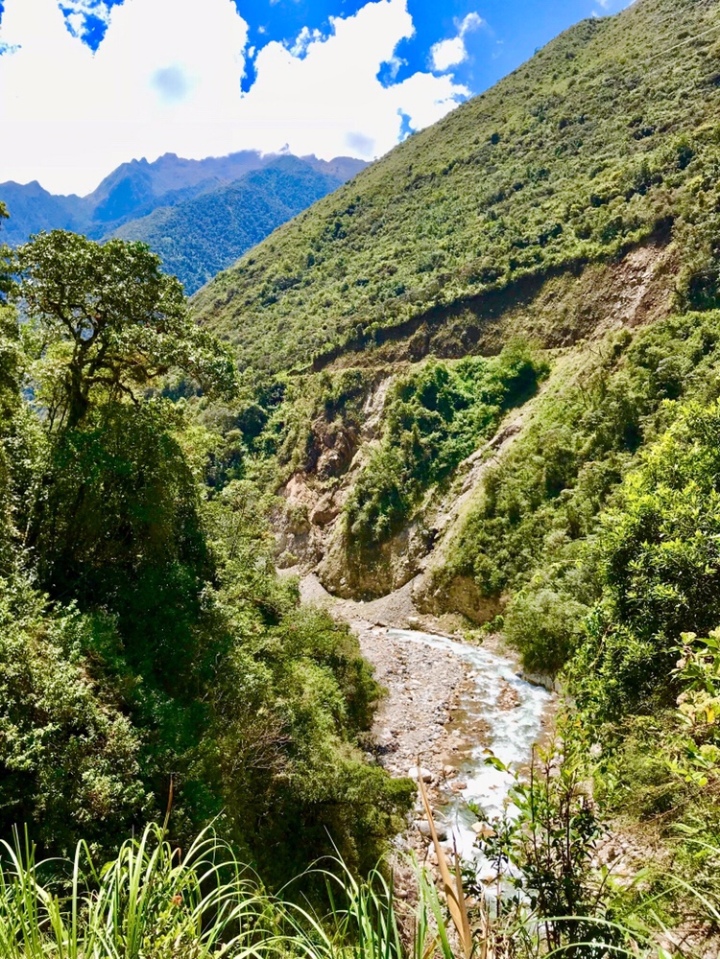 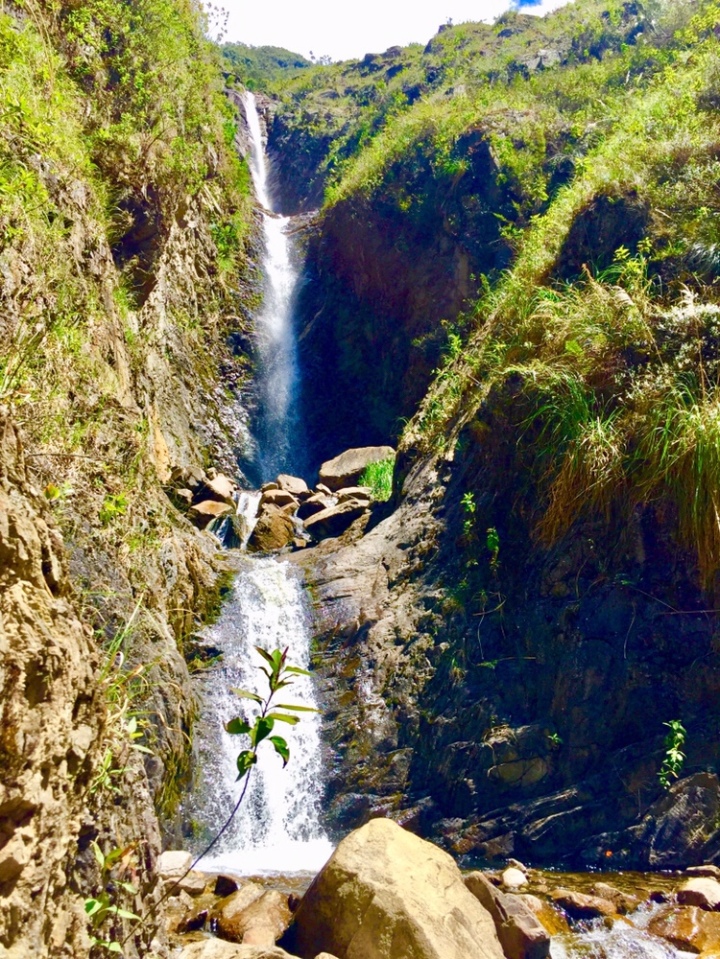 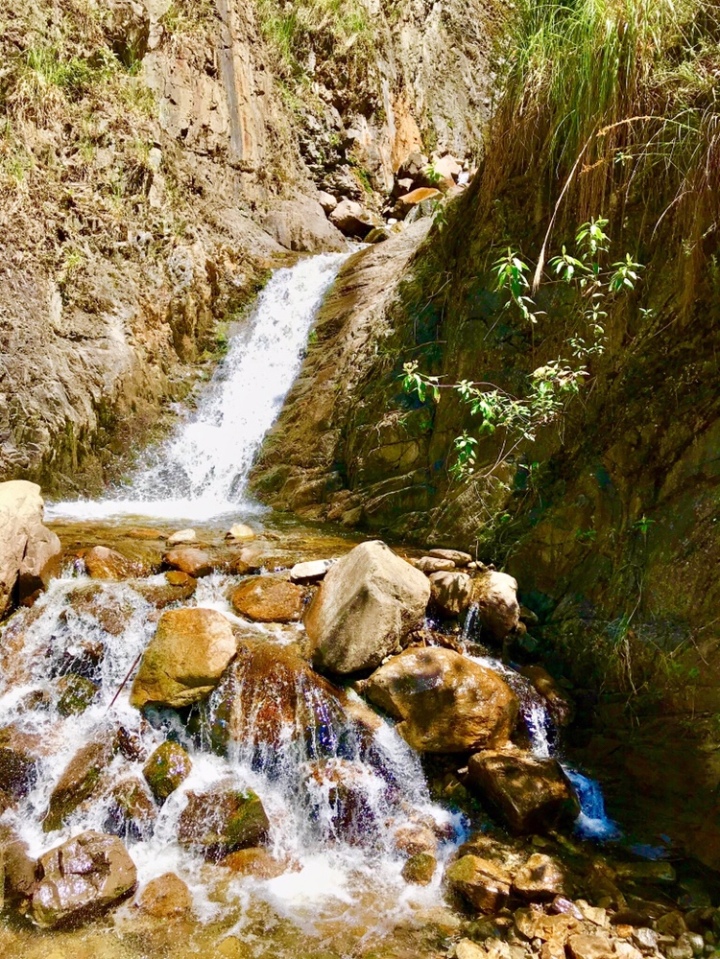 I was pretty consistently near the back of the pack throughout the morning, and at a couple of the rest points, Rob and I would just be arriving and it was time to be off again. Later, many in the group remarked at the fast pace Leo had set that day. I don’t know if it had to do with the fact that Jimmy, our other guide, was not with us; he had taken Gaynor and Kellie on another, much easier route due to Gaynor having sprained an ankle earlier in the trip.

In any case, everyone else was well ahead of us and out of view when we came to a horseshoe shaped curve, a dirt ledge about 12 inches wide carved into the hill, with a steep drop down to the river valley below. I don’t know how far it was to the bottom, but suffice it to say falling would not have been good.

I watched as Rob marched right across confidently (or so it looked; he confessed later he was pretty nervous as he did it). The only person behind me was Silio, normally a muleteer but this day carrying, on his back, one of the giant supply bags with water for us all. Mules could not have fit on this trail.

Faced with getting across this curve to the safety of the other side, I panicked a bit. I had done so much already, pushed myself way out of my comfort zone, but so far had not been confronted with my fear of heights. Until now.

I started hyperventilating, and could feel tears coming to my eyes. Rob had made it across and looked back, not knowing why I wasn’t behind him until he saw my face. Silio, who spoke no English, could tell I was a bit freaked out and shuffled up behind and to the side of me as close as he could, blocking the drop and making me feel safe until I calmed down enough to get started.

I did make it across, obviously, but was definitely shaken. It was another half hour or so to our lunch spot, set up in a shed at an official trekking rest area, with real bathrooms (there are several of these along the trail). Sitting down was quite welcome at that point. As usual, the food was delicious. 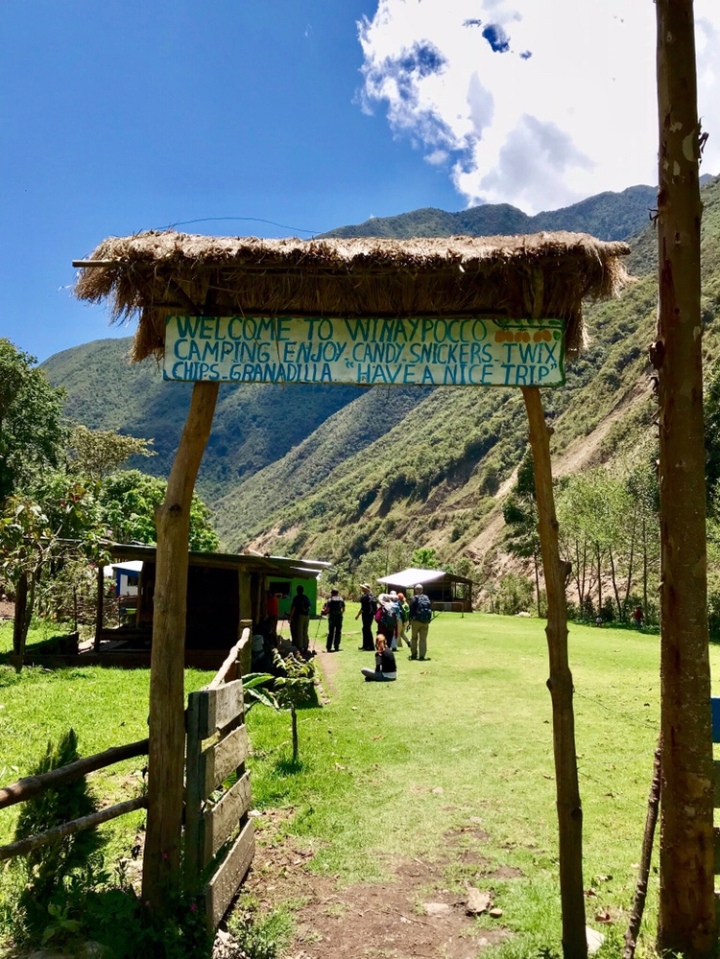 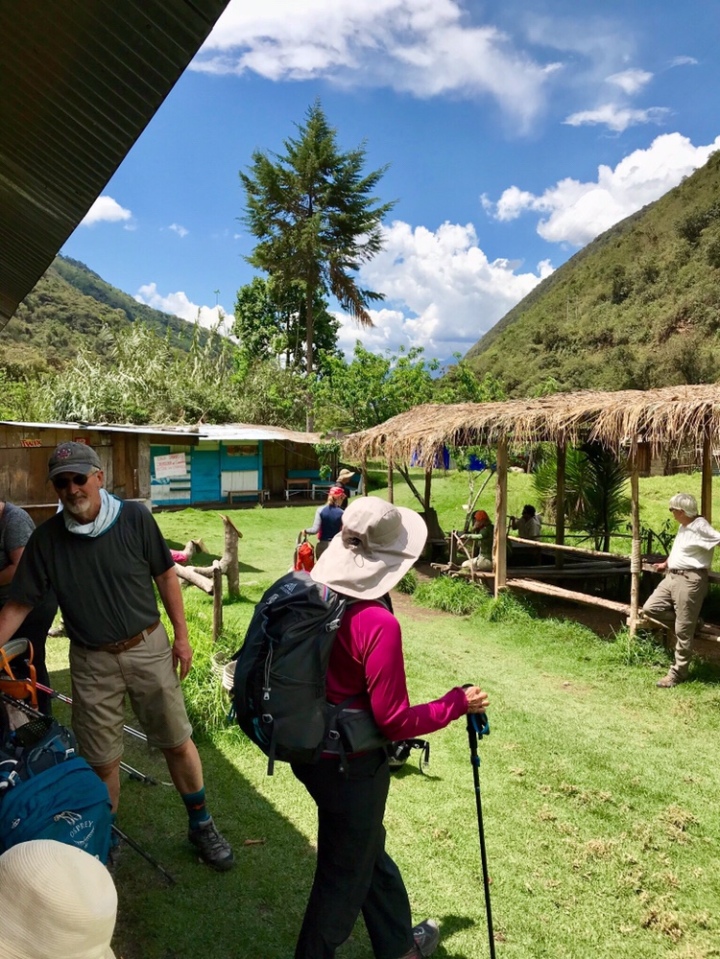 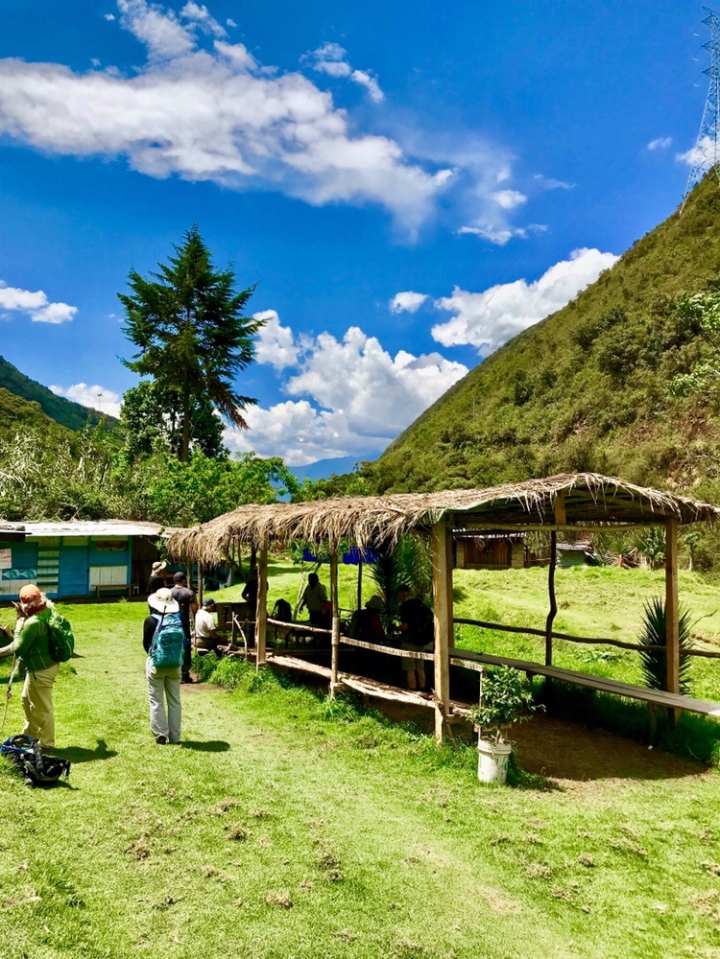 [NB: I apologize for not including more details of what we ate at each meal. It’s so unlike me since I’m all about the food! Although I do journal every trip, the trek was so physically exhausting it was all I could do to jot down the highlights of each day. I did better in Lima!]

Despite my emotional morning setback, I was determined not to let it affect the rest of the day’s hike. It was another couple of hours to a spot where we were picked up by a van for a short drive to the beginning of the Llactapata Inca Trail, which we hiked for maybe another hour to reach Lucma Lodge. Much of this part of the trail was uphill, with deep “steps” of stone embedded in the earth. We passed coffee plantations, farms and other homes along the trail. 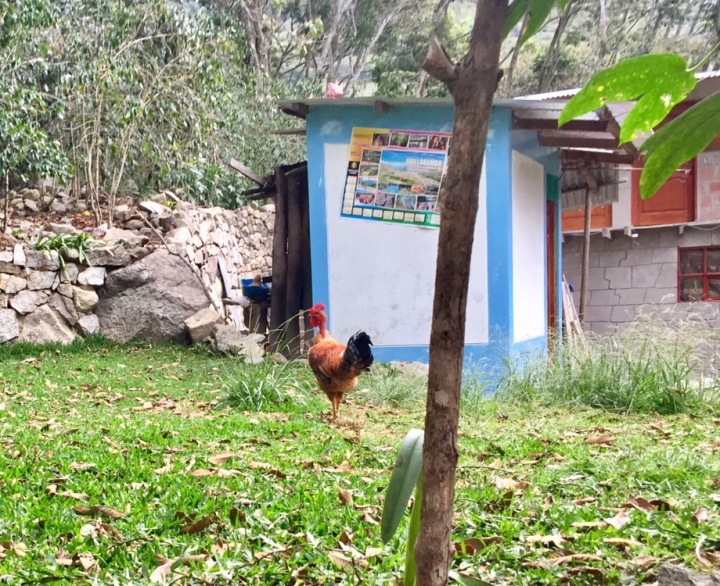 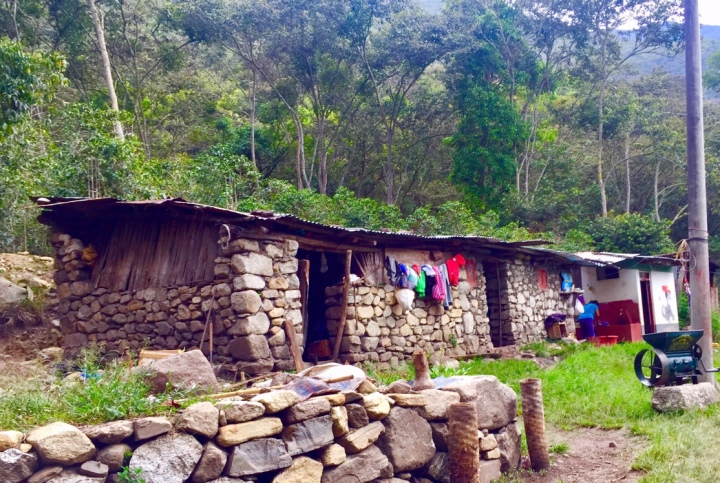 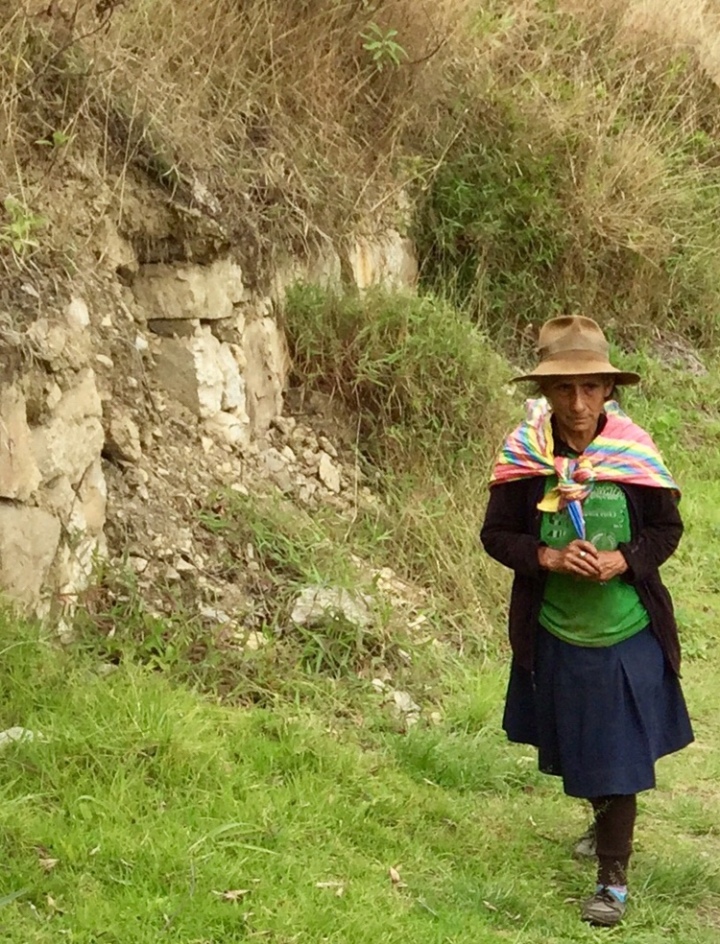 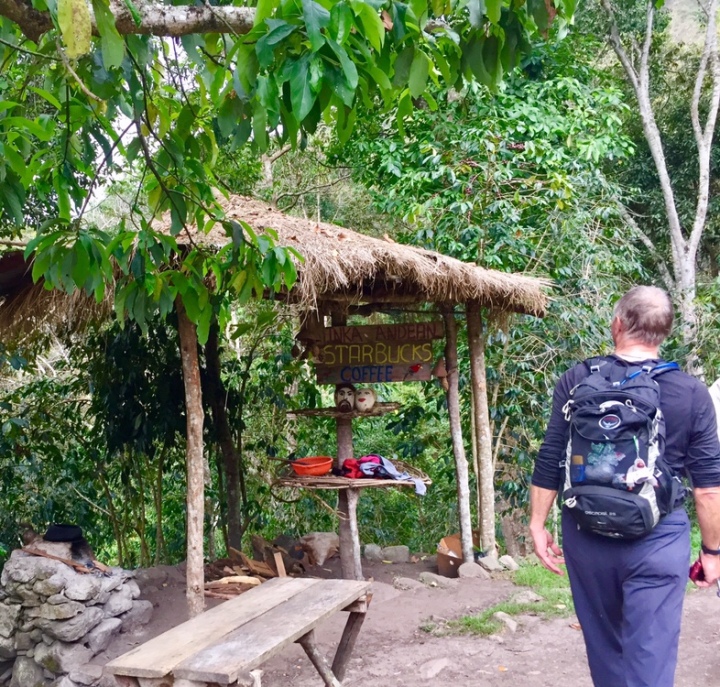 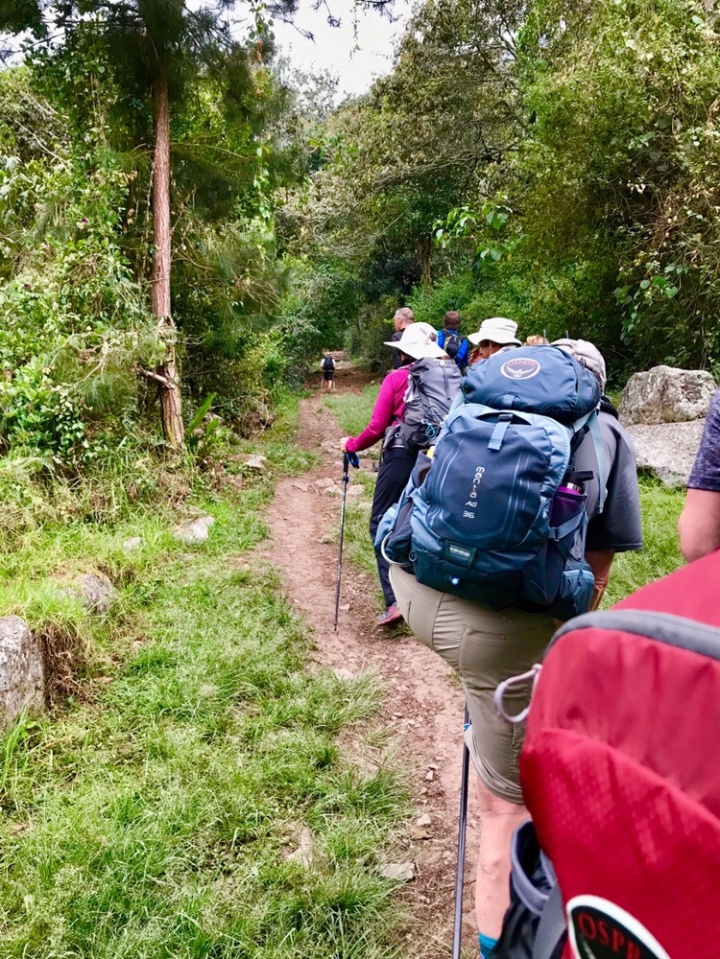 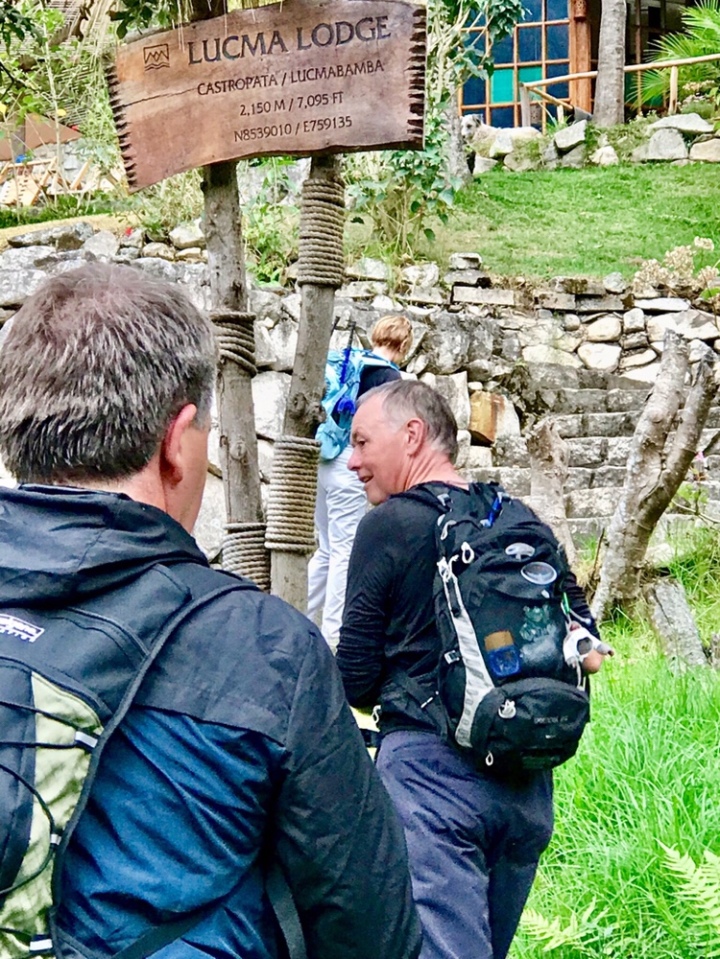 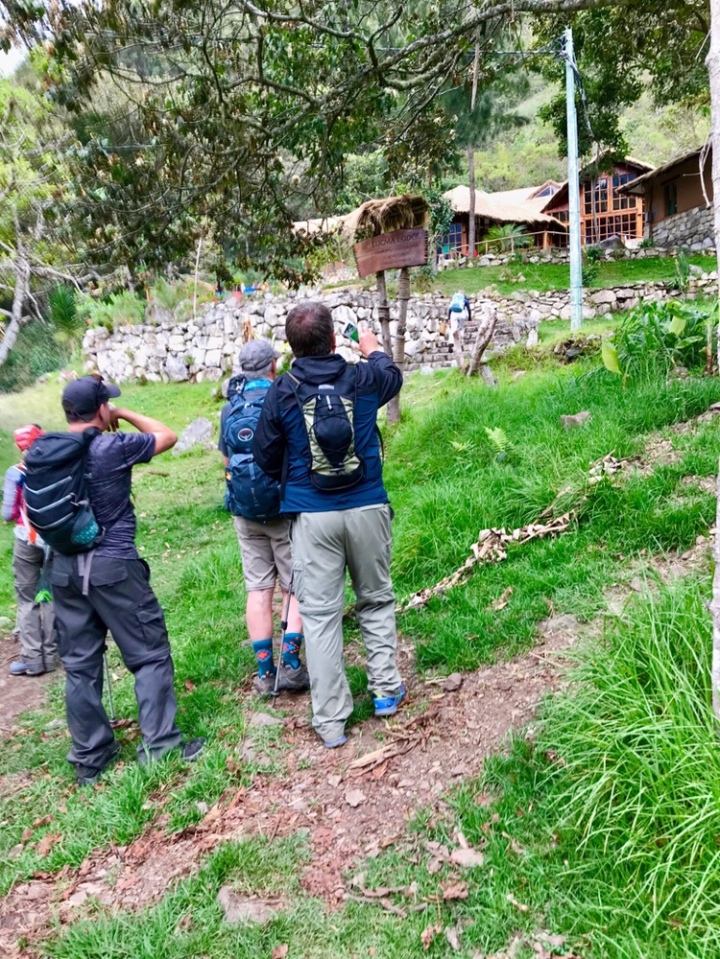 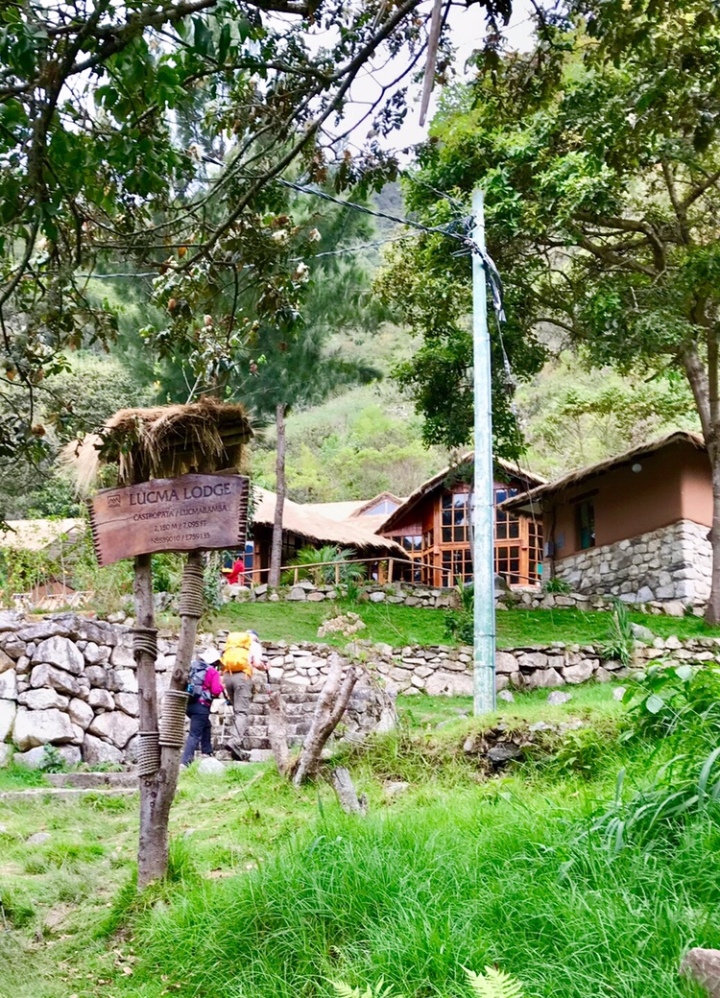 So happy to reach our lodge this day, we declined the optional tour of a small nearby coffee plantation in favor of a beer and the hot tub. Afterwards we chatted with Gaynor, one of the five Canadian friends who were doing this trek together, and relaxed in the lodge until dinner.

That evening was a fun round of games, which I forget the names of–the Canadians referred to one of them as “bum darts”–but they had all of us laughing so hard tears were streaming. A very welcome end to a tiring day.

Tomorrow: Ziplining, and then, finally, we would reach Aguas Calientes!

One thought on “Our most challenging day: Collpapampa to Lucmabamba” 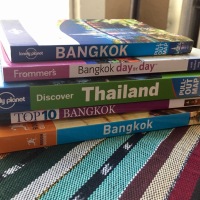