Inevitably, when you tell someone that you’re going to India and Nepal, they ask you how long you’ll be there. “A little over two weeks,” you say, “actually 16 nights in total.”

And then, depending on whether they have ever traveled to that part of the world or not, they will either comment on what a fine long trip you’ve booked, or look at you with dismay and pity that you’re foolish enough to think you can experience the subcontinent in a measly two weeks.

Alas, not having the luxury of taking a three-month sabbatical from our day jobs, we must make do with the meager vacation allotments we are given in this country. I won’t go into the discrepancies with US vacation time vs. Europe, but suffice it to say this trip will eat up about 2/3 of my total vacation time for the year. And while India can indeed be an inexpensive place to travel (once you get there), there is still a budget involved.

So, in order to make the most of our time in the cities we decided on for this trip, we knew we needed to find the most efficient way to travel between them.

Although we want to experience the Indian Railway system, train travel won’t be practical for most of our journey, given the distance between cities. The only connection that makes sense for us by train is Delhi to Jaipur, about 6 hours. We will book the train closer to our trip with help from our friend Richard Wright in India, as it’s next to impossible to purchase those tickets from outside the country due to new regulations requiring an Indian mobile number.

For the rest of the trip we needed flights, and it made sense to look to the smaller domestic airlines within India. We came across a blog entry on getsetandgo that had very helpful information in this regard. As we started researching, it quickly became clear that not all cities have direct flights connecting them, so this, along with the tips on the blog post, helped us determine both the order of the cities as well as the best airlines to book.

There were three flights we needed: Jaipur to Kolkata, Kolkata to Kathmandu, and Kathmandu back to Delhi (where our BA flight home leaves from). Unfortunately, one airline does not handle all those connections, at least not as non-stop flights. So, we ended up with a combination of AirIndia and IndiGo.

There were several important things we learned in the course of booking these flights:

We recently discovered that Kayak, in addition to being a search engine, now resells flights as well. But even if our preferred flight combo had been available via Kayak, we still would have purchased the flights from each airline directly. We have heard and read about too many issues with buying through third-party sites when connections are missed or changes to the flight occur. So unless you’re trying for a “name your own price deal” on Priceline, we’d always recommend buying directly from the airline.

So, now with all of the travel arrangements in hand, we can start planning our activities in each city…and you know food will be high on the list.

3 thoughts on “You can’t get there from here: booking travel within India” 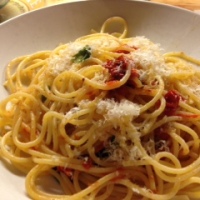