After the second full day at the conference, we were really desperate to get outside for a good long walk. Despite the fact that you end up walking a lot just being in the hotel (really…it was about a half mile from our room to the conference center), it doesn’t feel like exercise until you get outside.

We got out later on this second day than the first, and with the multitude of lights the pics aren’t so hot. But you get the idea. 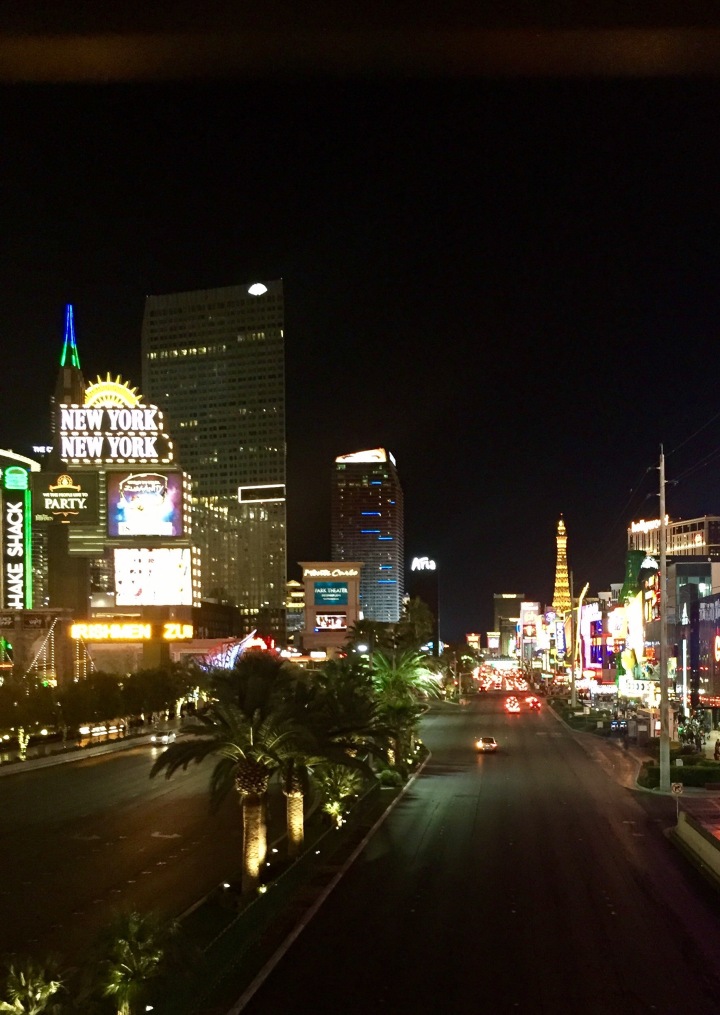 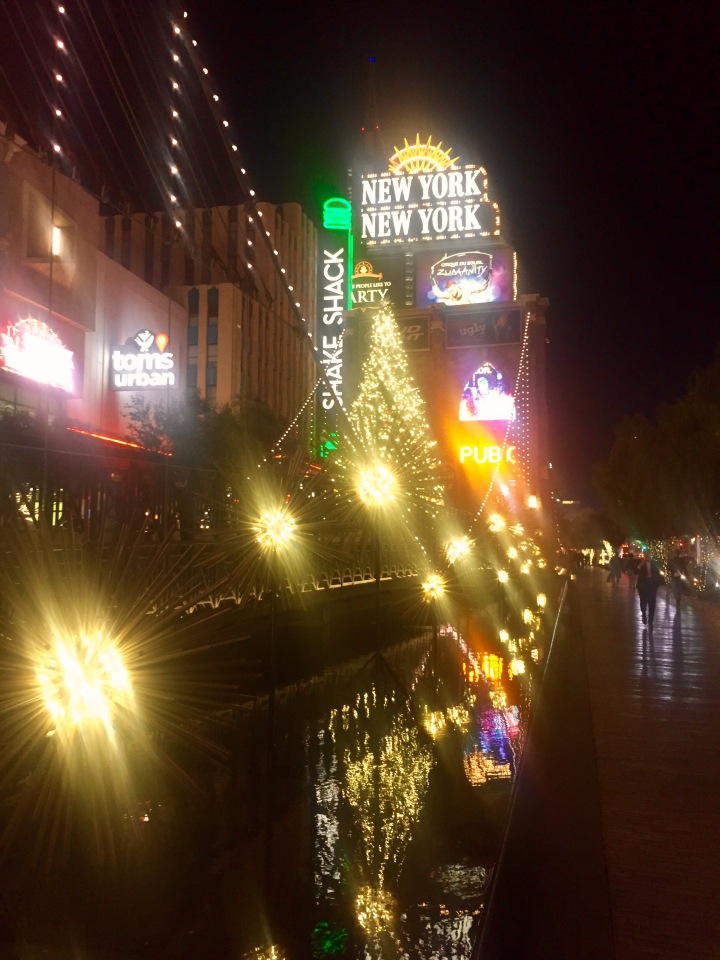 And a bit of exercise was on the docket, because we also had a dinner reservation at Jaleo, in the Cosmopolitan, one of José Andrés’ restaurants focused on traditional Spanish tapas and paella. 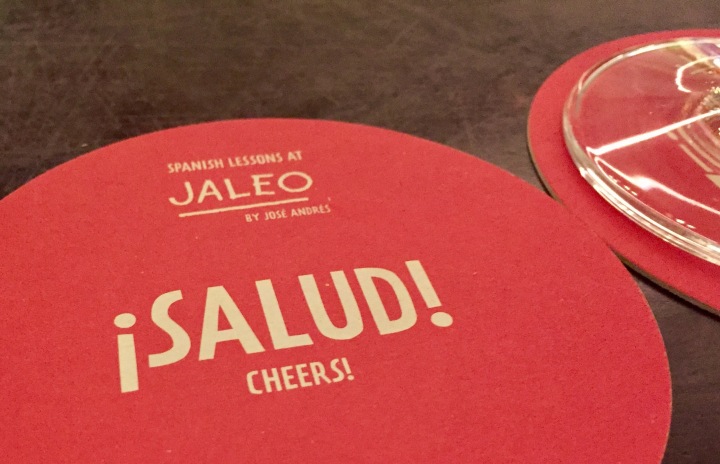 When we arrived a bit early for our 7 o’clock reservation, there were plenty of seats available at the bar, so we opted for eating there instead. We prefer bar seating as it’s usually a more casual, relaxed experience.

We started out light: an order of Gildas, a traditional Basque pintxo of green olive, anchovy, and a pickled pepper, and some grilled asparagus with romesco sauce. 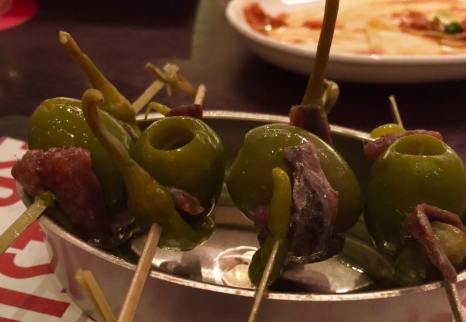 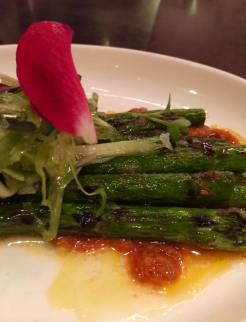 Our second round was the amazing jamon iberico Fermin, and a nutty sheep’s milk cheese from the Basque region called Idiazábal, served with a quince jam. 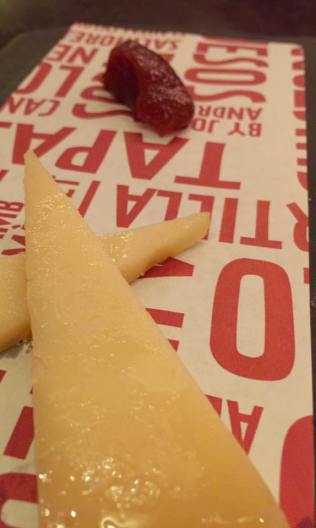 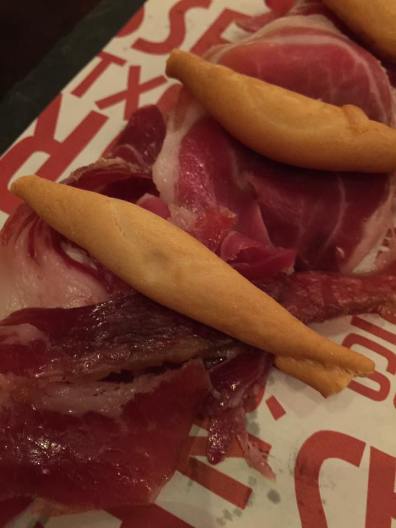 Third and final round, a house-made Catalan pork sausage served with really delicious, creamy white beans, and another Catalan tapa, what was referred to as “crystal bread”, topped with goat cheese, roasted eggplant, peppers & onion, and romesco. 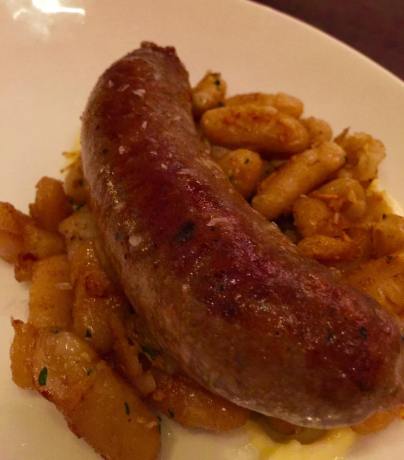 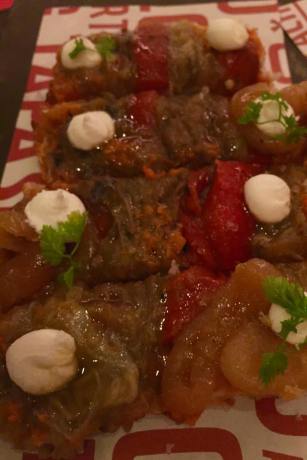 Although each tapa looks small, they are so flavorful and creative that those six were all we needed.

Well, those and a bottle of Muga rosé.

An excellent tapas crawl all in one place: I’d easily go back to Jaleo should I ever be in Las Vegas again.
Now let’s walk it all off on the way back to the hotel… 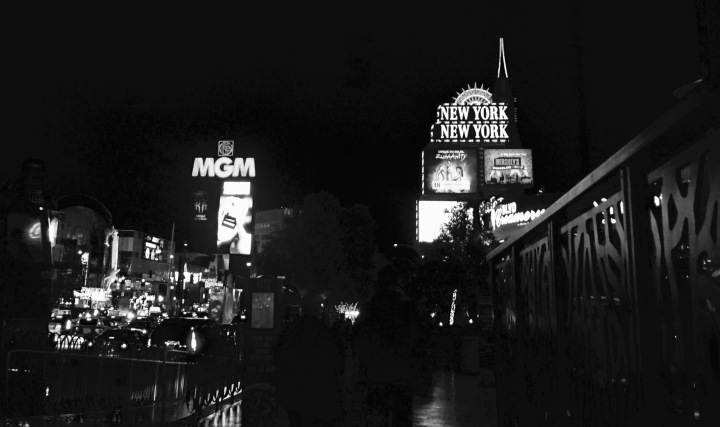 One thought on “A walk, and tapas: day 2 in Las Vegas” 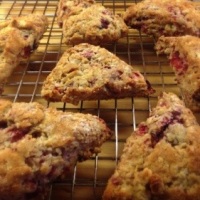